Only Two Newcastle Players In Championship Team Of The Season

Only two Newcastle players have made the Championship Team of the Season – Dwight Gayle and Jonjo Shelvey yet surprising Brighton have four players in the side.

Not sure how Murray made the cut but their other three players – Stockdale, Dunk and Knockeart are all good players.

But Matt Richie and Ciaran Clark surely should have been there or thereabouts – seven years ago Newcastle had four players in the Team of the Season for the Championship.

David Wagner is the Manager of the Season, which is deserved given the great job he’s done at the Terriers in only 17 months and Leeds United also have two players in the team. 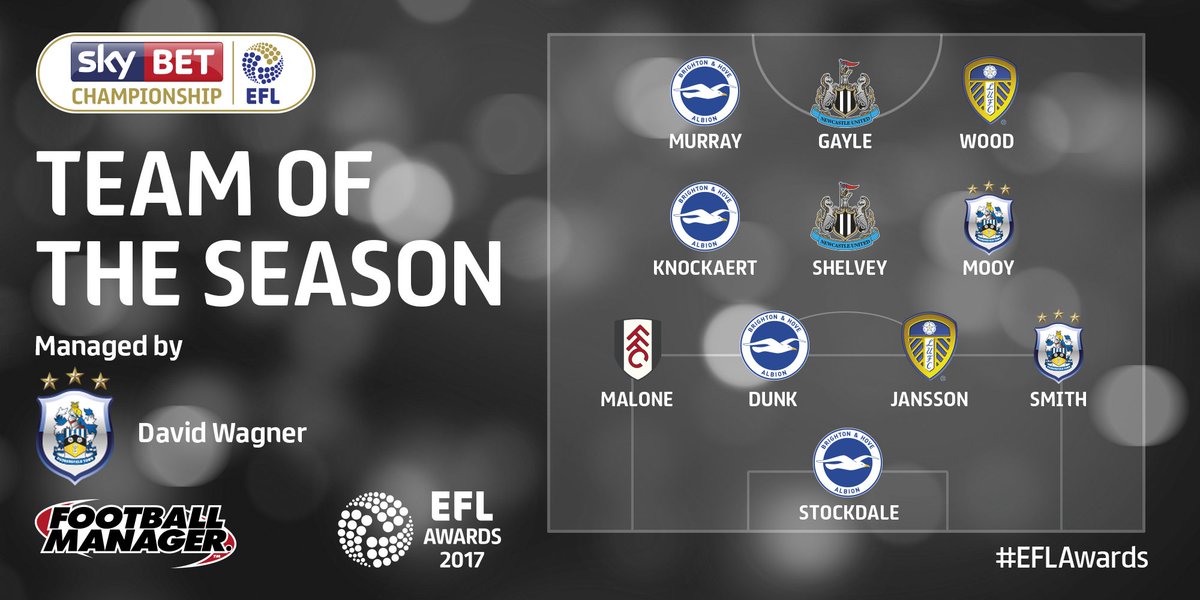 Previous Post Rafa Benitez Heaps Praise On Newcastle Defender
Grant Hanley is a player who may not be fully appreciated at Newcastle and he could still have a good future under Rafa Benitez on Tyneside. Grant is a dour Scot and…
[ Home Page ]
Next Post Newcastle Reported Very Keen On This 26 Year-Old This Summer
The Mail is reporting today that Newcastle are very keen on signing Fulham midfielder Tom Cairney this summer and that’s hardly surprising after he put in an excellent performance last week in Fulham’s…
Previous Post
Next Post